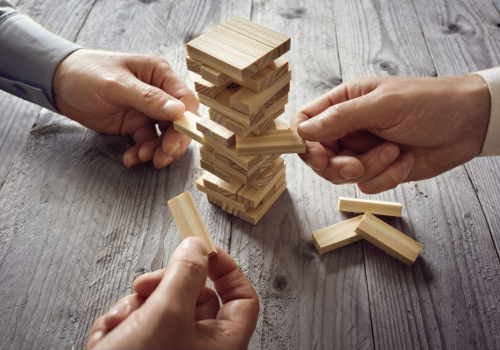 ETBS was engaged to undertake a formal Benchmarking engagement between an ASX200 listed business in the Industrials sector and their Service Provider. The objective being to perform a mid-contract review of a multi-million, multi-year agreement; assessing the Price and Quality of Service (QoS) Delivery as the parties jointly executed their Benchmarking Clause in good faith, entering into a tri-partite agreement.

Due to the highly strategic relationship between customer and vendor as well as the complexity of the managed environment, the approach which garnered the best results was face-to-face meetings with requisite stakeholders from both parties which included (but was not limited to):

This approach, whilst time-consuming was solicited by the parties, allowing for a transparent, fair and equitable benchmarking lifecycle.

During this assessment, and after receiving large quantities of information, ETBS analysed and compared the following price drivers as part of the benchmarking methodology:

Statement of Work (SoW) for the following Service Towers:

Environmental complexities unique to the client

Supporting evidence of our findings via qualitative information.

Overall price differential is ~15% above average* comparative market prices with varying degrees of disparity for each service towers, which were both individually and holistically assessed.

Very detailed assessment of the SoW found the ‘typical’ activities performed per the contracted agreement were closely aligned with the comparative peer group. This ultimately meant that minimal normalisation was required; further indicating the quality of comparative data proved we were genuinely comparing ‘like-for-like’.

The assessment of the current SLA construct identified numerous disparities between what was documented and what was actually measured. That said, the vendor included more SLAs in their SLA reports than they were contractually obligated to.

The assessment identified ongoing complexity challenges for the vendor over and above what we traditionally view in the market place and therefore:

Normalised for the variances.

Highlighted the need for the parties to forensically review prior to another potential iteration of the contract.

Service processes, associated tools/technologies and measurements no longer mapped against the vision of the ‘current state’ and did not cater for future customer business and technology requirements.

The culture of the managed environment is one where improvement is clearly identified and understood, however is superseded by a lack of accountability and empowerment.

* One of the issues pertaining to the current contract is it was heavily geared in favour of the vendor. The customer wanted to compare against top-quartile market prices, which is considered to be conventional nowadays. The vendor however, flexed a contractual clause which stated the comparable unit of measure is ‘average’. Had the comparison been measured against top-quartile market prices, the variance would obviously have been larger.

A thorough review process is currently being undertaken between supplier and customer – leading to a supplier-driven initiative of a complete contract overhaul with the proviso of a renewal in the mid-term. The focus of the contract overhaul is a forward-looking, outcome-based service delivery model which caters for the current technology stack being replaced as part of a transformation process.

As part of this review process, a Service Improvement Plan (SIP) has been advised to be developed to better understand future business and technology requirements.

Once the review and SIP have been agreed to, a proposal will be developed with both the financial and quality of service delivery aspects to be considerably stronger than the market average, for the customer to review.

ETBS having provided additional, value-added high-level consultation to assist with market leading contractual best practices including (but not limited to):